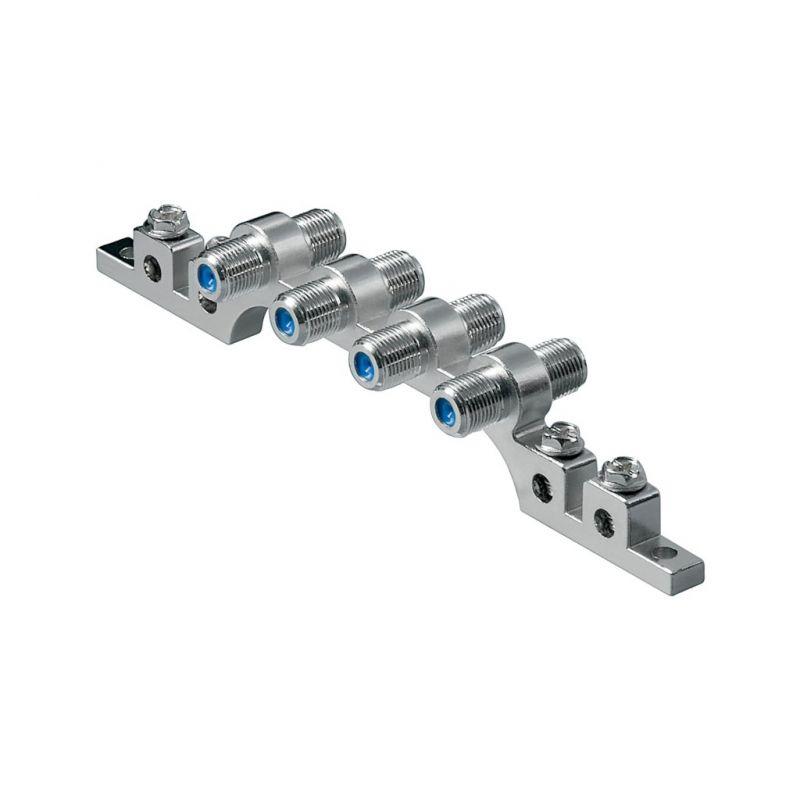 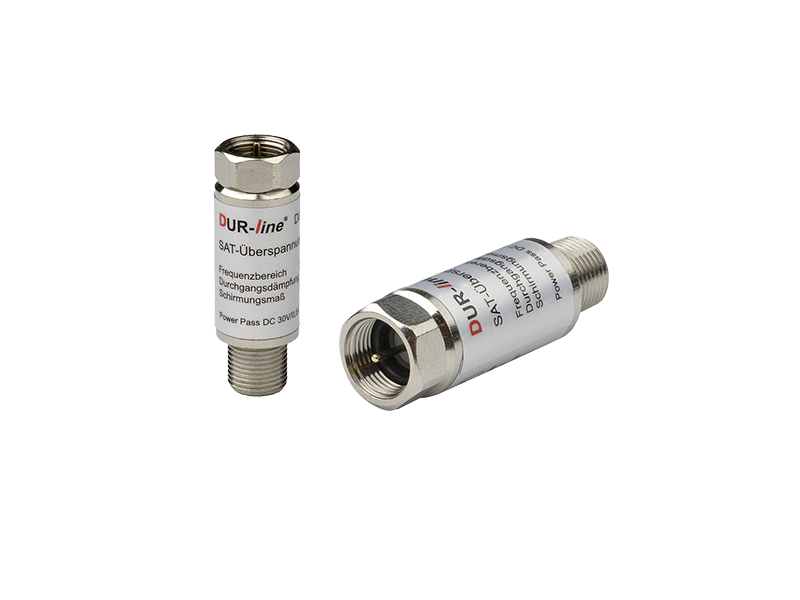 This earthing bar with 4-way overvoltage protection DLBS 3001 from Dur-line protects your equipment right from the input voltage spikes that usually occur during a thunderstorm.
Short, pulse-shaped voltage peaks, which usually occur during a lightning storm, are filtered out with this overvoltage protection.
Use the DUR-line® DLBS 3001 to secure your electronic devices. Only dreamlike 0.3 dB throughput damping.
Through global warming, we have proven each year an increase in the severe storms.
Connected with this are more and more lightning strikes in Germany. In this case impulse-like electric fields develop, which still have a destructive effect within a distance of several hundred meters.
The resulting overvoltages destroy the electrical devices connected to the antenna, such as multi-switches, LNB, receivers and TV sets.
These electromagnetic fields, which generate induction peaks, reach the electrical devices straight through the coaxial cables.

Technical specifications:
Connections: F connector - F connector
Suitable for outdoor use; F connector with sealing ring
DC outlet for remote power supply
Frequency range: 5 to 2500 MHz
Impedance 75 Ohm
Continuous attenuation: 0.3dB
Solid metal housing
Shielding dimension 100 dB
digitally suitable
Return loss greater than 20dB
Current load capacity 8 KA (8/20 üs)
Dimensions: length 4 cm, diameter 1,4 cm
The Dur-line® DLBS 3001 protects your devices for little money.
This overvoltage protection should be screwed directly to each input of the multi- changer or directly to each LNB output. The throughput attenuation of this DLBS 3001 is only 0.3dB.
Inside the Dur-line® DLBS 3001, a gas conductor acts as a voltage monitor. If the voltage between the core and the screen exceeds more than 200 volts, a short circuit is formed in this gate and short-circuit currents of up to 8,000 amps before they can exert their destructive effect on the following devices.
When the overvoltage is over, the gas conductor switches back to protection.

Earthing bar:
The earthing bar is used for potential equalization and lightning protection of the system.

Important instructions:
Easy installation, since cables can be screwed directly using an F-connector.