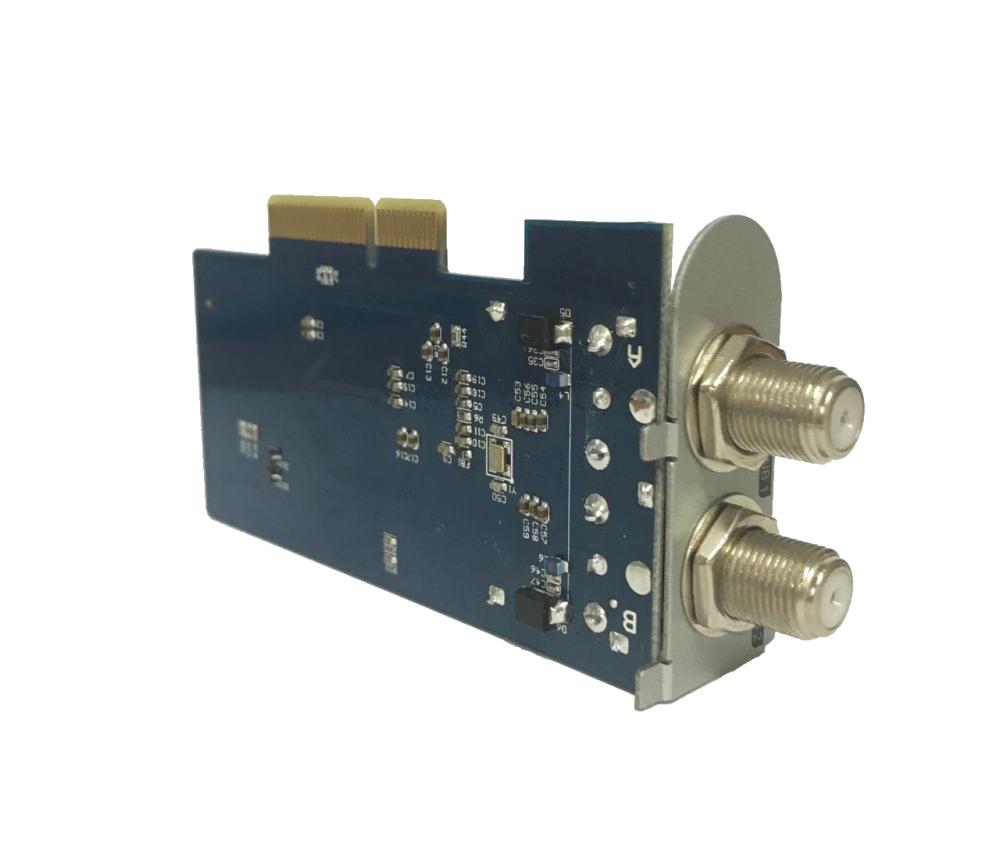 Whether multi-stream channels from Italy, Portugal and France: with this tuner is to receive this no longer a problem with the newly developed Twin Tuner from the House Dream Property. The Plug & Play tuner has two DVB-S / S2 / S2X inputs and is easily inserted into the intended slot. On the next boot, the Dreambox automatically detects and configures the new tuner. Further settings can then be made in the Dreambox menu. The new design from Silicon Labs not only enables a blind scan with the Dreambox, but also channel feeds at unprecedented speed.