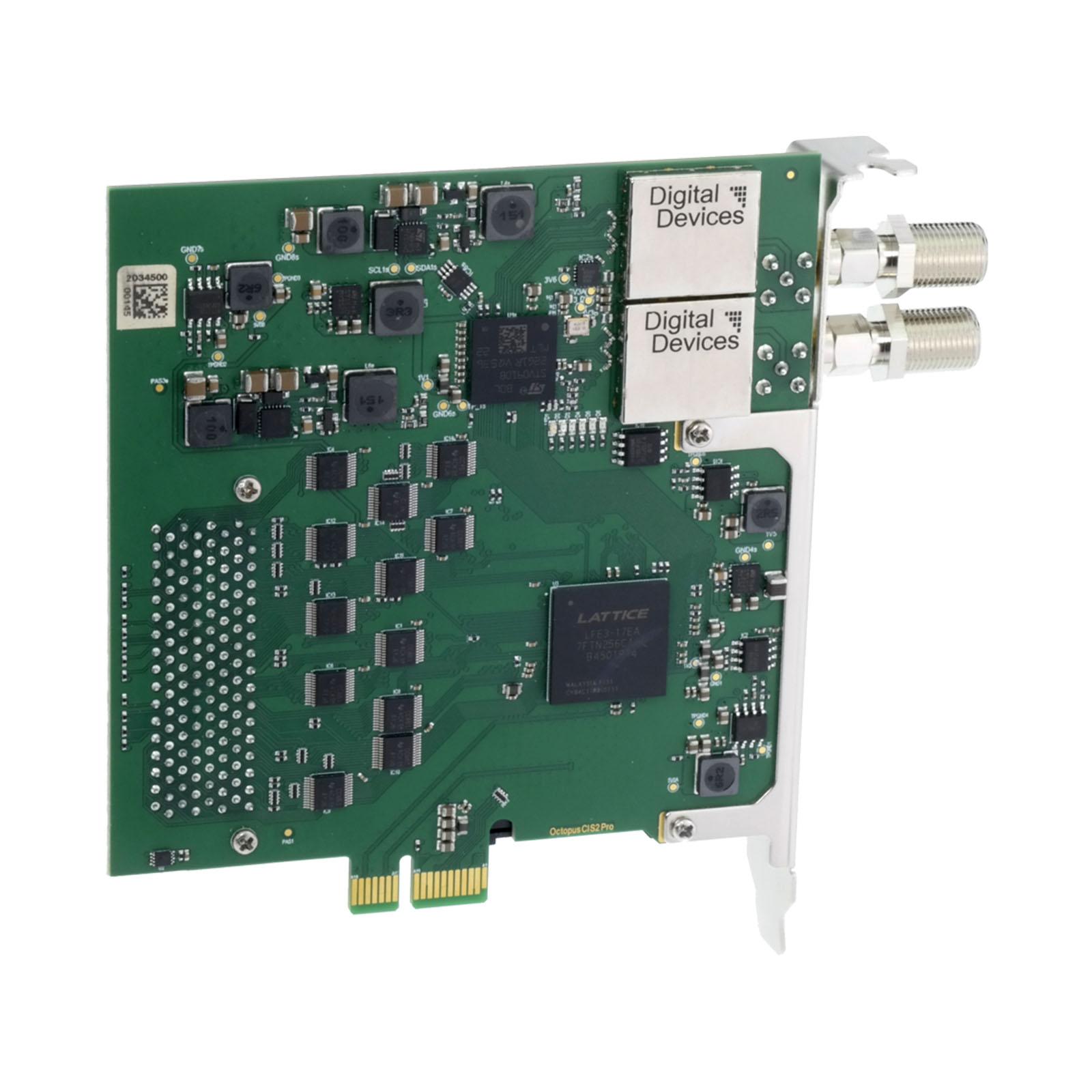 Support - operating systems and software The card comes with signed drivers for:
Windows XP with Service Pack 2, Windows Vista, Windows 7, Windows 8 (.1), Windows 10 for 32-bit and 64-bit as well as with driver support for Linux.

Brilliant HDTV on your PC
The Full Profile PCI Express card transforms a compact PC system into a media center PC for your living room with double TV enjoyment, thanks to the 2 TV tuners (twin tuners) that can be used in parallel. So you can receive digital radio and television at any time in best quality via DVB-S / S2.

Satellite TV customers (reception via DVB-S / S2)
Customers with a satellite TV connection can usually receive the public TV programs (ARD, ZDF, third-party programs as well as many radio stations) in HD quality without a SmartCard. Numerous private TV programs can also be received digitally on satellite TV. Use the CI interface extension on the card for the complete reception of all programs (the scope depends on your contract with the content provider).

Digital devices DVB-S / S2 products and single-cable systems?
The standard distribution technology in the satellite area is the so-called star distribution (satellite block distribution). Individual cables go from the LNB or the multiswitch to all end devices, this is the most common type of distribution. Although it leaves all options open, Unicable brings a whole new dimension to the cabling and use of satellite TV. Switching and / or expanding comfortably is no problem! When cabling under Unicable, the LNB or multiswitch is replaced or expanded (cascaded) - the existing cabling remains unaffected. Even former cable TV users will be so happy if they don't want to or can't lay new cables. The Unicable system (single cable solution) needs receivers, TV sets and TV tuners that support the protocol according to DIN EN 50494. All standard end devices have implemented Unicable support, older receivers can be updated via firmware update. Up to 8 (!) Receivers / tuners can be operated on one cable. A mixed operation of classic cabling and unicable can also be configured (legacy outputs). The support is provided by a driver, so that the TV software used does not have to include its own support for the single-cable system. Find out more (including video explanation)

Twin CI with MTD
The Twin Common Interface provides two CI slots in the system used and is used to accommodate two Conditional Access Modules (CAM). Some CAMs master Multi Transponder Decrypting (MTD) technology, which allows up to 4 TV channels / tuners to be decrypted using just one CAM (number depends on the manufacturer).

What is Multi Transponder Decrypting (MTD)?
Multi transponder decrypting is a new technology that allows up to 4 TV channels / tuners to be decrypted using just one conditional access module (number depends on manufacturer).

Note: The Octopus CI S2 PRO card does not offer any direct expansion options via additional modules (DuoFlex Twin Tuner and DuoFlex / Flex CI). Expansion via additional PCIe slots is possible at any time with other models.