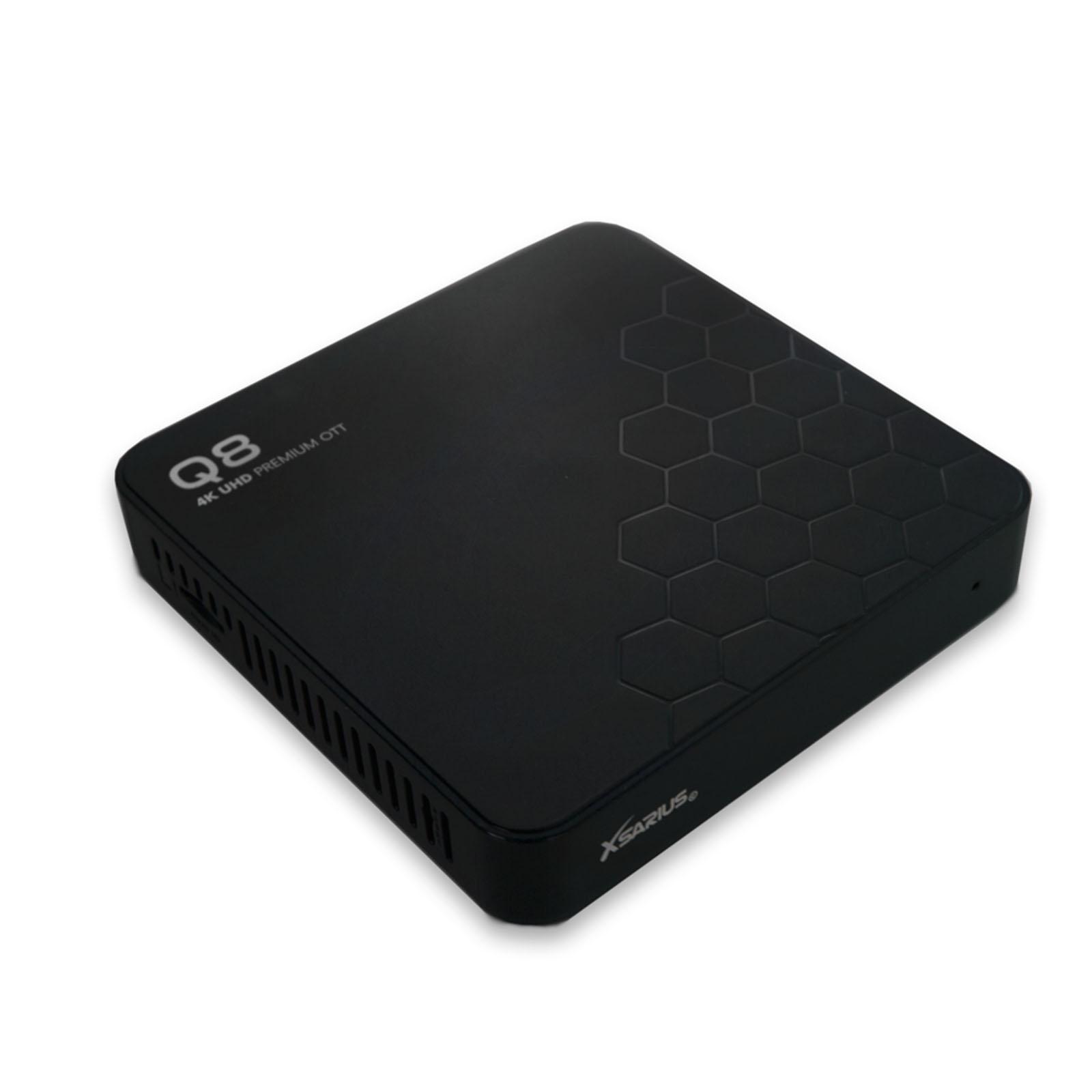 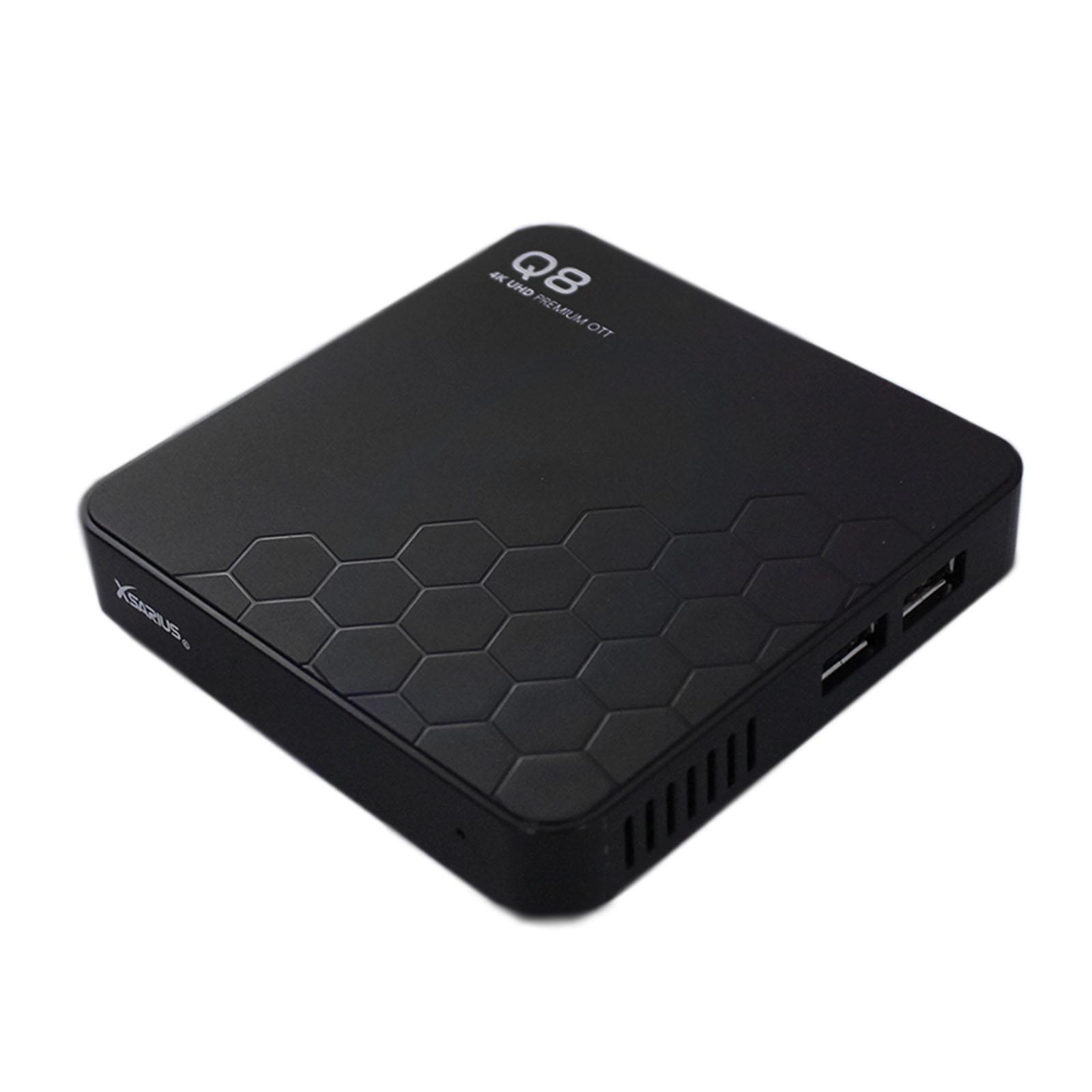 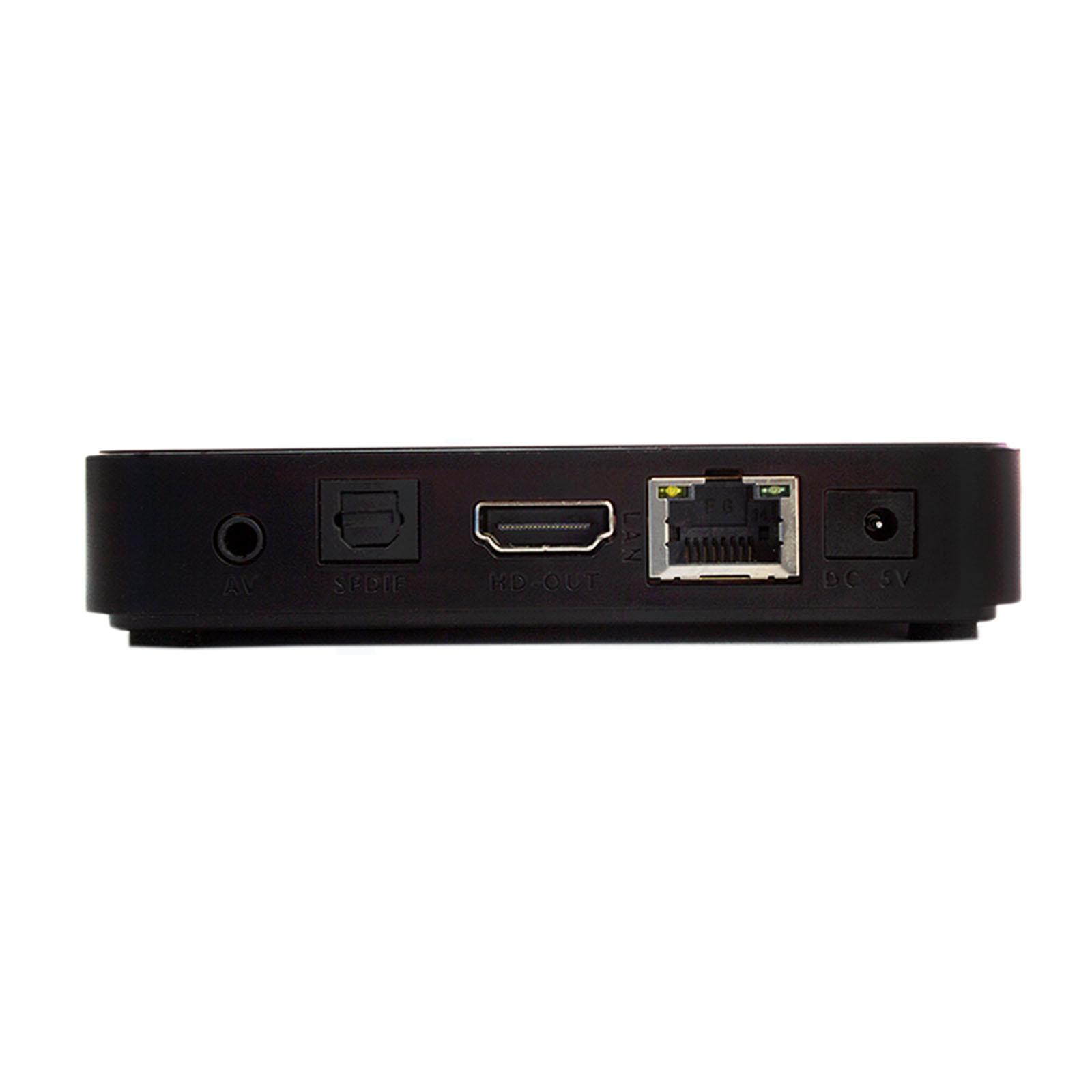 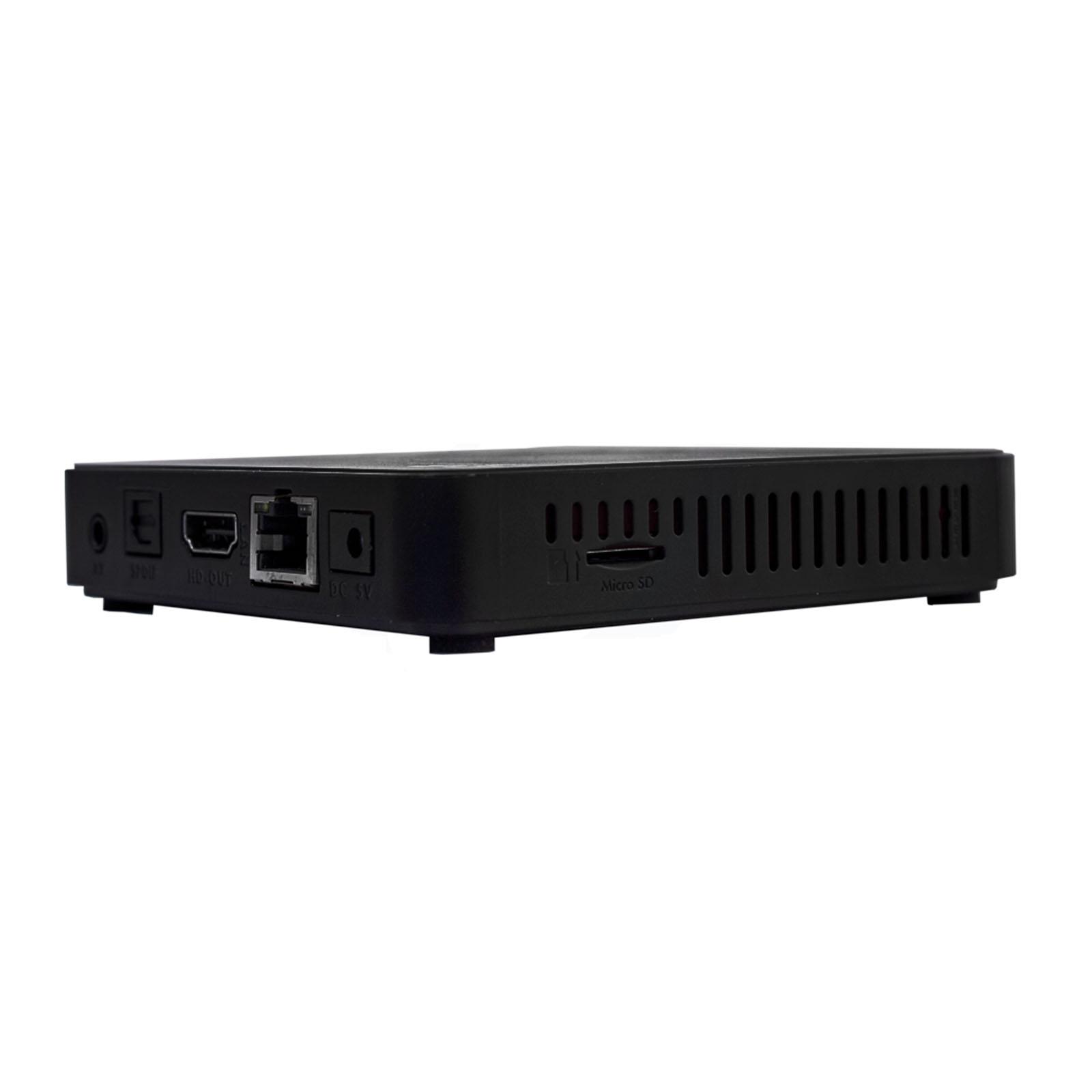 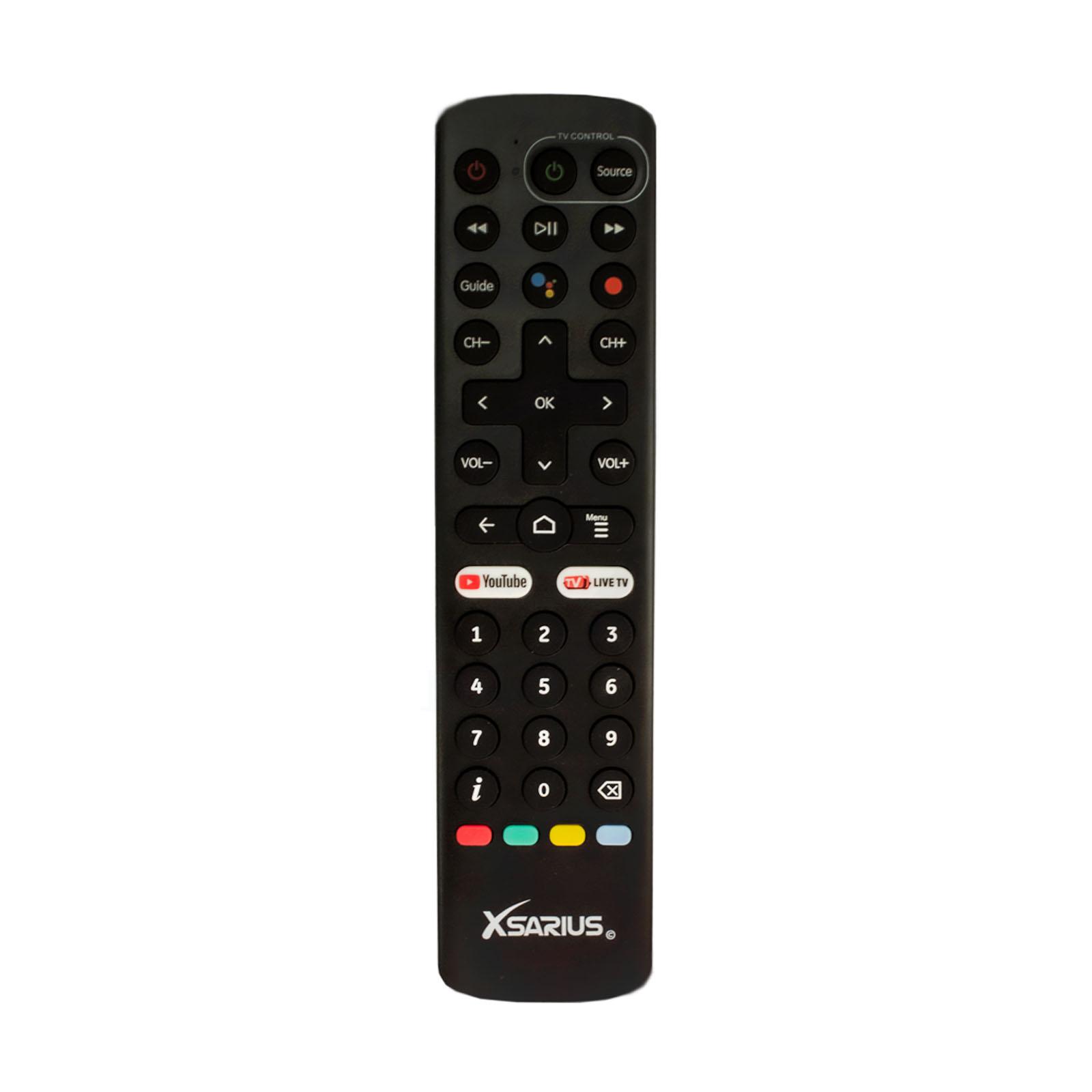 You can watch VOD in 4K, surf the Internet or play music. The Q8 V2 from Xsarius offers hardware support for VR technology. This means that you can transform your environment with your preferred content into your own digital world.

With the new Xsarius Q8 V2 you get an Internet TV box with Android operating system, dual-band WiFi interface and pin-sharp 4K resolution. The box is characterized by powerful hardware and a wide range of entertainment options. It supports all common functions that a modern Internet TV box must have.

Hardware: The Technology under The Hood of The Xsarius Q8 V2:
Inside the Xsarius Q8 V2 is the most modern hardware with which almost all of your Internet TV requirements can be met. A HiSilicon 64 bit processor is installed as well as a multi-core graphics processor. The 2 gigabyte RAM and the 16 gigabyte eMMC flash memory take up more space on the board. This equipment not only ensures smooth playback of your 4K content, but also fast boot times and fast navigation within the multilingual menus.

4K Resolution and HDR10, HLG:
With the Xsarius Q8 V2 Internet TV box, you can enjoy your content in razor-sharp 4K resolution at 60 frames per second with 3840 x 2160 pixels. Furthermore, the Q8 V2 Internet TV client from Xsarius offers both HDR10 and HLG support. The contents are decoded by the Q8 V2 in the HEVC / H.265 standard, which among other things helps to conserve your bandwidth. Standards such as The Xsarius Q8 supports H.264 or AVS and VP9 as well as almost all video, audio and image formats.

Entertainment Functions and Other Features of The Small Internet TV Box:
The Xsarius Q8 V2 comes with the extremely popular and easy-to-use Android operating system. This enables you to benefit from the possibility of constantly expanding the entertainment offer. There are numerous free apps available for this in the Google Play Store such as Amazon Prime Video, Disney+, Netflix, or Miracast media player. There are almost no limits to entertainment enjoyment and you will get your money's worth as an Internet TV, series or film fan!

Interface Diversity and Connectivity:
Xsarius has given the Q8 V2 the most common interfaces and thus ensured high connectivity of the Internet TV box. There are two USB ports on the two sides of the Internet TV box, one USB 2.0 and one USB 3.0 port each. On the back of the streaming client you will also find an HDMI 2.0a connection, an S / PDIF interface, an Ethernet LAN connection and a memory card slot. An integrated dual-band WiFi antenna (2.4 / 5.0G) and a connection for the included external IR receiver are also available.