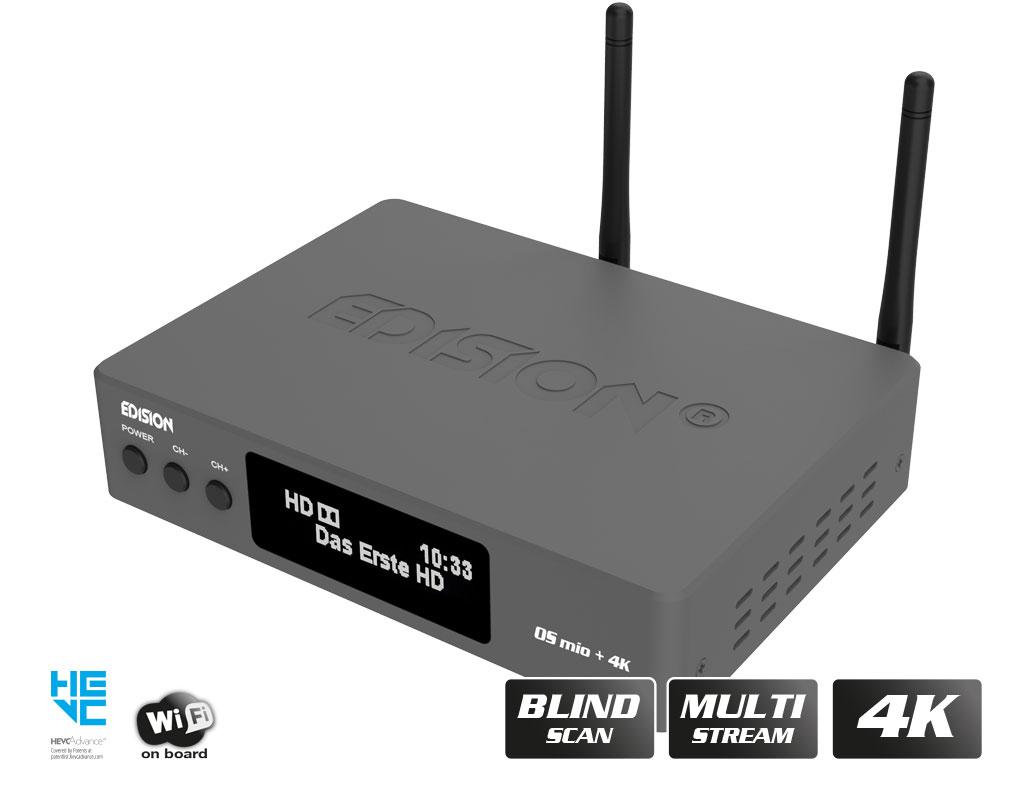 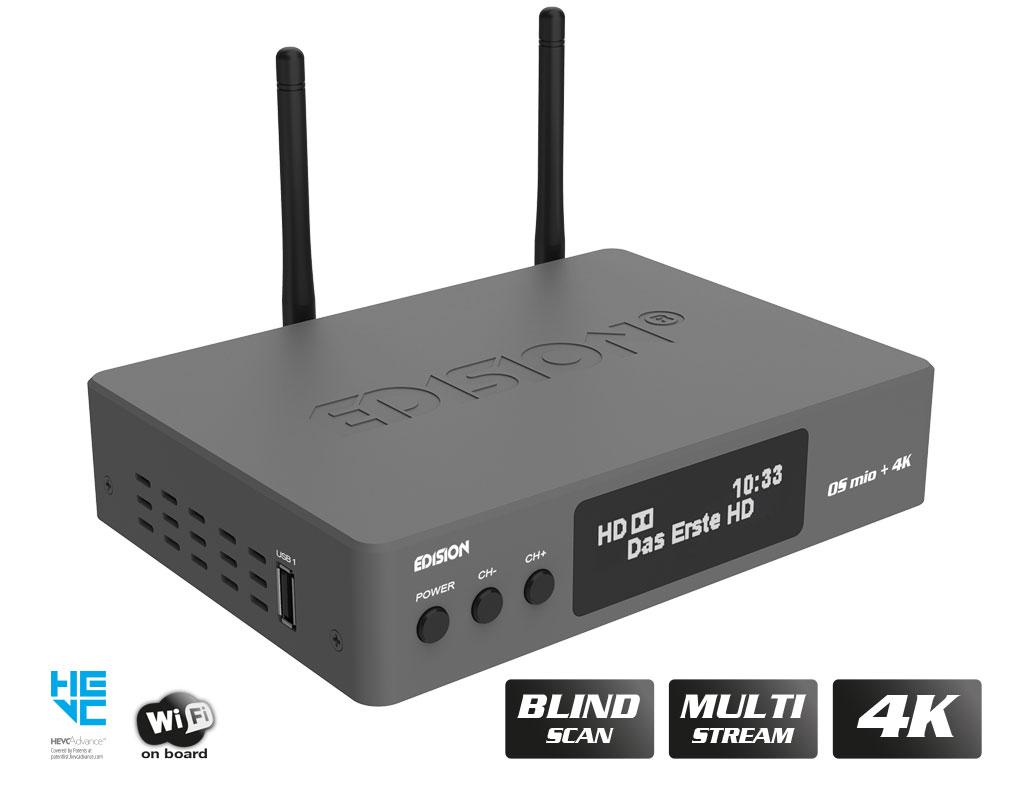 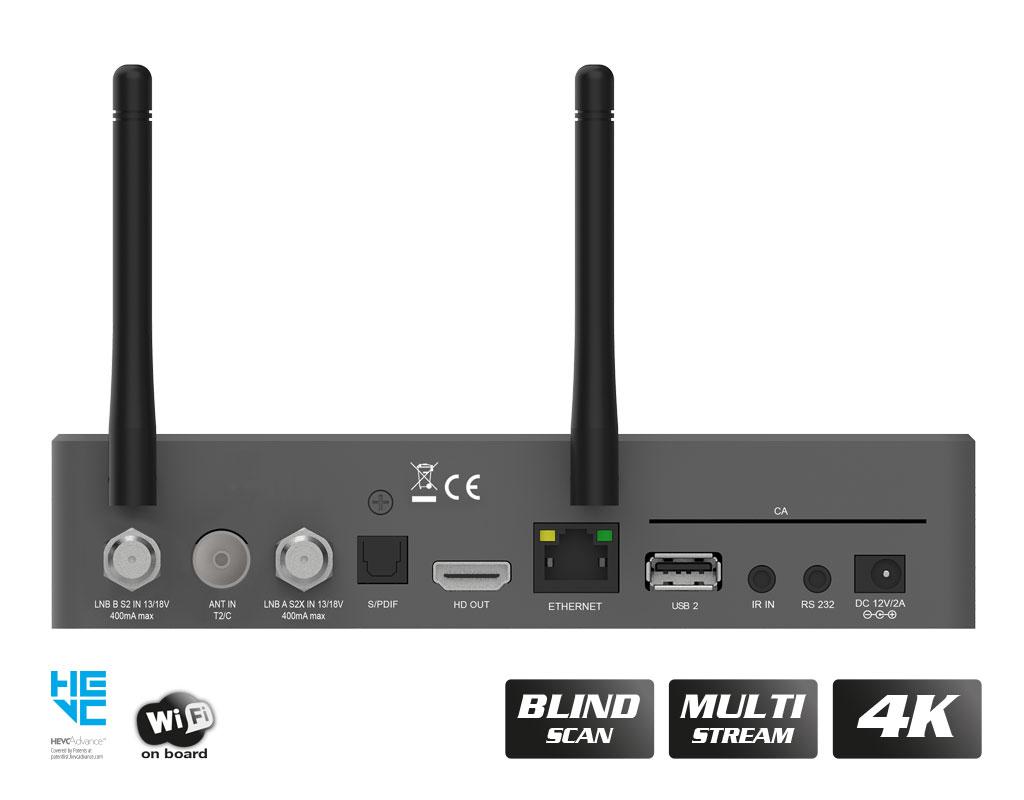 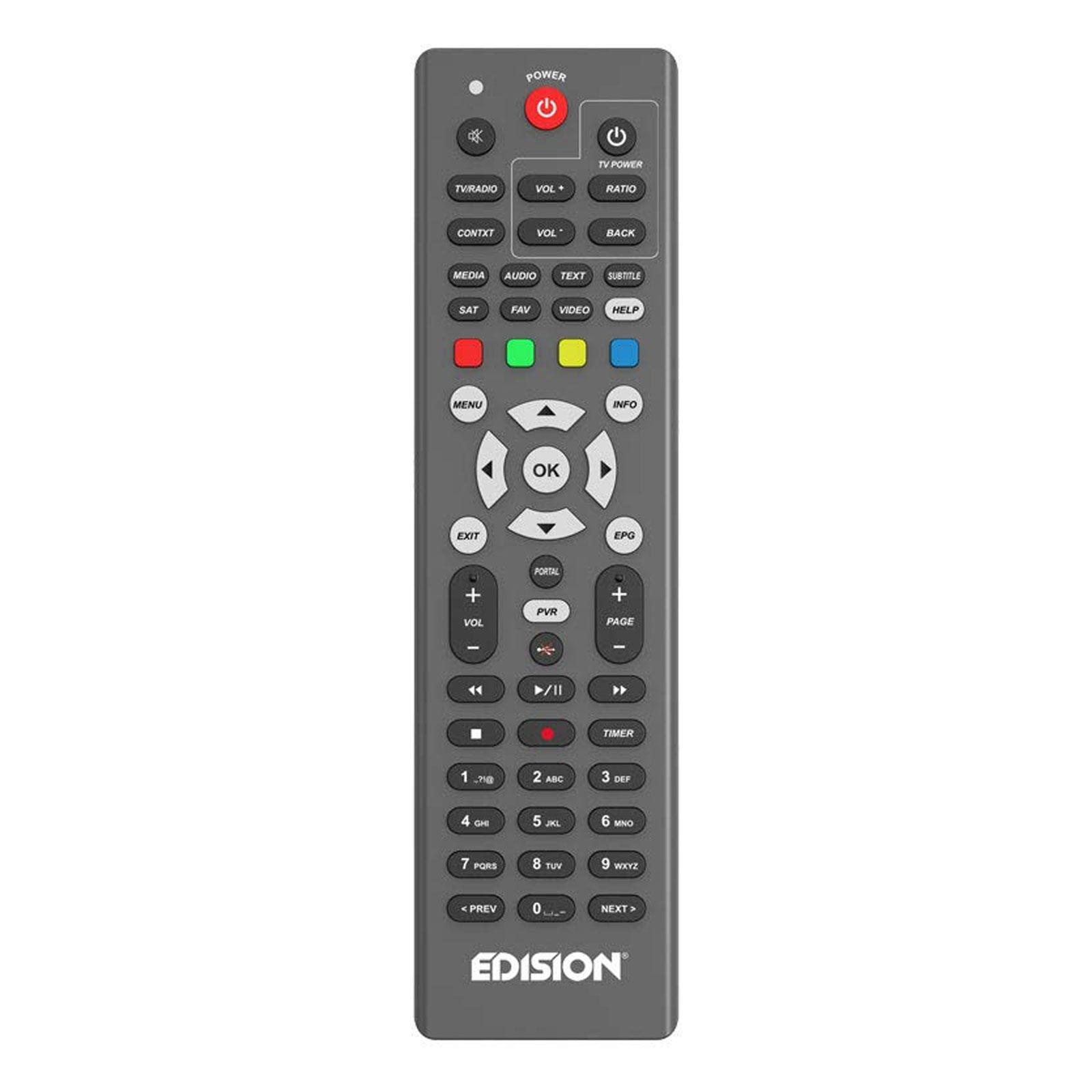 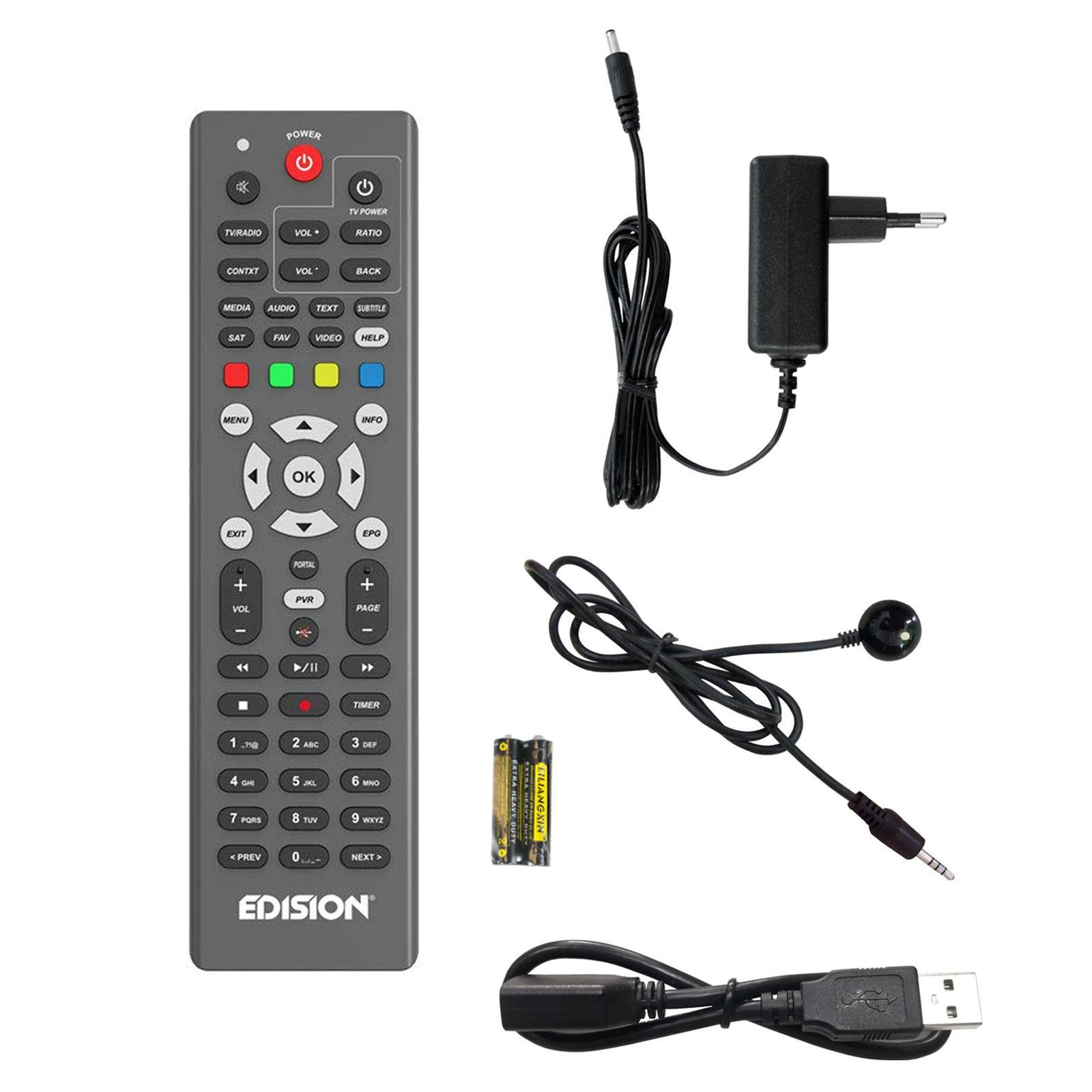 The OS Mio+ 4K combo receiver decodes via the H.265 / HEVC codec for smoother playback of the high-resolution 4K content and to conserve your bandwidth. It also has many features that make TV entertainment more enjoyable, convenient and easy. The Combi-Receiver from Edision supports Multi-Stream T2MI & Blind Scan, has a programmable EPG and several bouquet lists. Multi-language menus, fully automatic as well as manual channel search and time shift functions are also supported. In addition, the Edision OS Mio+ 4K combo receiver is compatible with DiSEqC 1.0, 1.1, 1.2 and 1.3 (USALS).

The OS Mio+ 4K UHD combo receiver has a built-in dual-band 2x2 Wi-Fi 802.11ac 5G / 2.4G interface as well as a 10/100 Mbps Ethernet port and a built-in Bluetooth interface. It has two coaxial input for your LNB on the DVB-S2X tuner and an antenna or cable input on the DVB-S2/T2/C tuner. Connect your devices via the HDMI 2.0a port or the optical S / PDIF output to the 4K receiver. In addition, Edision has donated a connection for external IR receivers, an RS232 interface (jack) and two USB 2.0 ports to the 4K receiver OS Mio. A smart card slot is also available.

Under the hood of the Edision receiver: hardware and performance